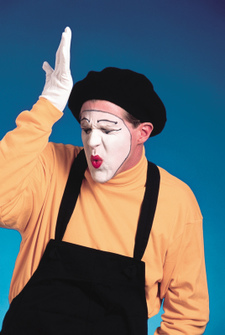 The boxes have lights and wires sticking out of them.  Can you say "bomb?"

They shut down a huge section of Boston because, again…can you say "bomb scare?"  Boston’s bomb squad was scrambling around the city, detonating and removing the devices.

I am sure some people will applaud the disruptive ploy.  They’ll point to the fact that we’re all writing about it, it played on major network news and the name of the movie is top of mind.

Frankly — I don’t care.  Somewhere along the way, we have to put ethics ahead of getting our clients some buzz.

In our post 9-11 world, this gimmick was just  irresponsible.  You do not throw a city into panic mode to promote a movie.  You do not tie up valuable, life-saving resources on a stunt.  You do not earn buzz by creating fear and worry.

And, while others will pass this off as "oh, we had no idea it would create this reaction"  I think that’s bull.  You would have to be an adult with the IQ of of 13 to not consider that your antics might trigger exactly what happened in Boston.

Today, I am embarrassed for our profession.  We look like what we are often accused of being — slick manipulators who don’t care how we get our message out.

For another take, read Ann Handley’s post over at Marketing Profs Daily Fix.