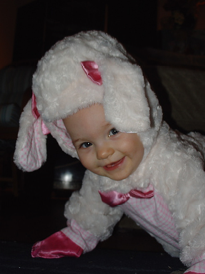 At first glance, the mission of Disney seems too simplistic to be useful. They create happiness. Perhaps it is simplistic, but simplicity is often the tool geniuses use to break down seemingly insurmountable obstacles.

Although growing up is always fraught with both common and unique difficulties, for most, the word "childhood" conjures memories of carefree, sweet innocence and unconditional love. This is true even though not everyone had a great childhood.

While we were children, many times our ignorance about the ways of the world caused us to consider our minuscule problems to be all-consuming.

However, that w as before we were burdened with the curse of experience, which taught us how many responsibilities come with the freedom we craved. Foggy hindsight allows us to look at our childhoods more favorably than they were.

Who would know this better than Walt Disney himself? To say Walt's dad, Elias, grew up hard would be an understatement. And though I've not read anything to suggest that he, like his father before him, broke a fiddle on Walt's head for trying to sneak off to play at a dance, it is clear that his frequently unemployed father had little tolerance for whimsical activities typically associated with the young – and with Disney World.

How can this be?

What gives us the ability to look back at — if not our childhoods — at least the myth of our childhoods so affectionately is the capacity kids seem to have for persistent imagination. To children, make-believe isn't a state of mind; it is a way of life. The magic of childhood Walt Disney sought to harness might rightly be called the magic of symbolic and selective nostalgia.

Genius Principle #1
The first real genius in the mission is the illusion it reveals: Disney can no more create happiness than they can count the number of angels dancing on the head of a needle. They instead must rely on people's willingness to be led to happiness.

To get there, Disney relies on two self-evident truths.

Truth #1
No one can make happy those who have not granted permission first.

Truth #2
People want to be happy.

They want to occasionally shed the heavy shell, let down the guard life has taught them to keep, and feel as – not just children – but as they believe children should feel. They give themselves permission to make-believe, and they give Disney permission to deliver the experience that convinces them that magic is real. What's more, they'll pay through the nose for it.

Disney doesn't take advantage of this desire, though. Whereas other "theme" parks nickel and dime patrons through concessions and extras, Disney's are quite reasonable by comparison.

Genius Principle #2
The second genius in Disney's mission is that the delivery of value – call it "the happiness quotient" — beyond what is paid for keeps on giving to the visitors for years after the experience.

It's a value that patrons of the parks and resorts give back to Disney a hundredfold by telling the stories of their visit to friends, family, and even complete strangers in the right circumstances.

Even if they are never afforded an opportunity to return, they can still spread the message by remembering and reminiscing the joyfulness of their visit.

Walt Disney's greatest success was his ability to take a flawed idealism about childhood and deliver a vision for an extraordinary experience that would make people believe in the magic and basic goodness they believed in as kids.

It's a simple message, but one that has carried one of the world's great brands through all sorts of national and global turmoil.

Going Head-to-Head with Disney
Should your mission be so different? Your goal as someone who provides a product or service should be to either make people happy, provide people comfort, or both. The rest is details over the where, when, and how.

Perhaps you don't have the resources available to Disney. Very few do.

That doesn't mean you can't deliver on the simple promise to make people happy.

You might be surprised at what you can accomplish with a smile and the insatiable desire to get others to do it, too.

Drew's Note:  Cam Beck works at Click Here and blogs at ChaosScenario.  He's about as straight a shooter as you'll ever meet and his posts are rarely just about marketing.  They typically take you to a much deeper place.  Like Greg and Gavin before him…he's one of the good guys!

2 comments on “Cam Beck: The Magic of Childhood”