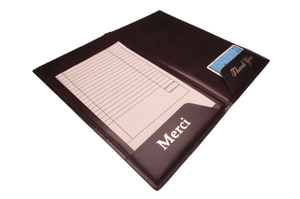 I've mused aloud on this before.  It's an intriguing concept to me.

Letting our customers set the prices.

Mack Collier from Viral Garden reported on a band (Radiohead) that allowed fans to download their CD and determine what they were willing to pay for it.  Interestingly, not only did their traffic have a huge spike, but they sold more of their boxed sets (at full price) than the downloads at any price.

The Springwise newsletter also reported on this trend by pointing to several restaurants like Melbourne's Lentil As Anything which also lets customers pay what they can afford or what they think the meal was worth.

Here in the states, we could visit the One World Café in Salt Lake City or the SAME Café (So All Might Eat) in Denver.  An interesting note about these two restaurants.  They've added some cause marketing to the mix, stating that the reason they're doing this is so they can feed those in need as well.

Does this idea only work with products that have a relatively flat price point?  We all know CDs (or downloads of CDs) range from $10 – 20, usually.  And dinner for 2 at an average casual restaurant is going to be somewhere around $25-40.

Does this concept hold as well for service-based businesses?  Do I really have any concept of what it takes for an attorney to review a contract or for an ad agency to create a brochure?  Would I have any idea what to pay an architect for drawing some blueprints of a new house?

What do you think?  Would this work in your industry?  Without a doubt, it is risky in any arena but it sure has a lot of buzzability around it.

Pricing strategy says quite a bit about your brand.  What would this say?

Anyone willing to try it and be our case study?

4 comments on “How confident are you in the value you deliver?”