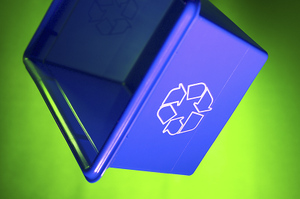 Green, green, green.  Everywhere you look.  You’ve got green in all the candidate’s speeches, Al won the Nobel Prize and hybrids are flying out of dealerships.

Should you be pushing the green aspects of your products or services (assuming there are some)?

Several studies released in the last month or so suggest that it might be in your bottom line’s best interest.  According to a USA Today story, a study done by Deloitte suggests that 1 in 5 consumers planned on buying more earth friendly items this holiday season.

At 79 million, the Boomers rule the buying word.  AARP also recently released data on this topic.  According to their research, over half (40 million) Boomers consider themselves green.

Of course — time will tell.  People saying that they’re green and behaving with their wallet are two very different things.  I am sure both Deloitte and AARP did a very thorough and professional job on their research.  But the cynic in me also thinks that when asked by a researcher — do you recycle or are you more likely to buy a product because it is environmentally friendly — most people would be embarrassed to admit they are lazy consumers who are willing to contribute to the decline of the Earth rather than toss their cans in the recycle container.   I mean really — which answer would you feel better about giving?

Treehugger.com suggests that 2008 is the year where green is the new everything.  On the flip side, Joel Makower (author of The Green Consumer) points out that 16 years after the publication of his book — we still do not have a significant number of green products that are mass produced.

What do you think?   Will this be a competitive advantage for the companies that can capture this wave?  Have you considered adding or spotlighting a green aspect of your offerings?

Or, as a consumer — where do you stand on this issue?

11 comments on “Does going green + Boomers mean you’re in the green?”