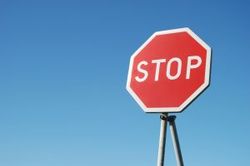 The business world is moving faster than ever before.  New technology, new ways of doing things, and worldwide competition.  Whether you’re trying to come up with new products and services, or trying to make your existing offerings stand out, it’s essential to be able to come up with new ideas.  You need to be creative if you want to stand out in today’s overcrowded marketplace.

There is a ton of advice out there on how to be more creative.  You could try Lateral Thinking, buy some Thinkertoys, get a Whack on the Side of the Head, or any of the other techniques that jolt your mind into a new way of thinking.

But none of that is actually going to help unless you stop three self-sabotaging behaviors that destroy your best ideas before you have them.

So how do you stop stopping your creativity?

1. Stop trying to reinvent the wheel.

A lot of people think that every single idea needs to come from scratch.  After all, it isn’t very creative if you just copy what someone else is doing, right?  Wrong.  A lot of great ideas come from figuring out how to apply something from another field to your situation.
Henry Ford did this fantastically.  He didn’t invent the assembly line-that’s been around since the 1500s-but his idea of using an assembly line to assemble cars was genius.

He’s not the only one.  The idea for Velcro came when someone observed how burrs stick to clothing.  Golf allegedly was invented when someone saw how much the Scottish kings enjoyed batting around the heads of their enemies. (Not really.)  Even roll-on deodorant was modeled after the inner workings of the ball-point pen.

So, if you want to come up with a great new idea for your company, look around to see what people in other fields are doing.  Then adapt their solutions to your particular situation.  It’s not cheating if you expand on a concept that came from somewhere else.

Who has had a fantastic idea when they were showering, or in the middle of the night, or when they weren’t thinking about the problem at all?  Probably everyone.  It’s pretty common to have an idea pop randomly out of the blue.

The problem comes when you start believing that ideas just happen.  Then you start to rationalize, "If ideas are totally random, what’s the point in looking for them?"
Except ideas aren’t random.

Serendipitous ideas occur because you’ve set your mind to looking for a solution, and–even when you’re not thinking directly about your problem–your brain is ticking in the background.  And then, BAM!  You suddenly make a connection and an amazing idea pops out of nowhere.

Random ideas might seem like they just happen–but you won’t come up with any ideas if you’re not looking for them.

3. Stop throwing out your worst ideas.

It’s way too easy to figure out what’s wrong with an idea and why it won’t work.  You’ve probably all heard that a Yale professor told FedEx founder Fred Smith that " in order to earn better than a ‘C,’ the idea [for an overnight delivery service] must be feasible."

Did you know also that Debbie Fields was told no one would ever want to buy soft cookies.  And that one of the Warner brothers just couldn’t understand "who the h@!! wants to hear actors talk!"

You’ve probably done it to yourself as well.  An idea might be too silly, or not possible, or just loony, or any of a thousand other excuses to bury the idea forever.  And, of course, it’s just so easy to toss an idea away.

What if you took a second look at that "awful idea" while saying "What part of this idea can I build on?  How could it work?"  You might be very pleasantly surprised.  A lot of ideas that sound completely backwards at first are actually gold mines for new and better ideas.

Fact is, it’s not easy to come up with new ideas.  People struggle with being creative all the time, and even the most brilliantly-innovative people have been so disappointed in a "bad" idea that they’d like to pretend it never happened.

That’s why there are so many techniques and tips out there to learn how to be more creative.  Because it’s not easy.

But it’s also not as hard as many people make it out to be.  If you just keep your eyes open for existing solutions that you can apply to your situation, make a point of looking for new ideas, and look for the silver lining of the ideas you want to discard, you’ll find out that you’re a lot more creative than you thought.

All you need to do is to stop getting in your own way.

Katie Konrath blogs about creativity, innovation and "ideas so fresh, they should be slapped!" at www.getfreshminds.com.  She has a masters degree in creativity from the University of Malta’s Institute of Thinking and has studied creative thinking in Russia, Malta, London and Iowa.  Katie is also a certified Lateral Thinking instructor and a former creative problem-solving competition global champion.

7 comments on “Grab the mic: The 3 Things You Need to Stop Doing If You Want New Ideas (Katie Konrath)”