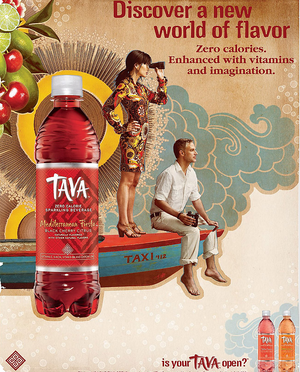 Instead, the megabrand is relying on a blend of word of mouth and online marketing.  They’ll be doing some sampling targeted at influential companies like MTV and Google and "offbeat stunts" in key shops and lots online banner ads.  According to the New York Times article, what makes this of interest is the product is aimed at 35-49 year olds.

That’s a demographic that big consumer products have chased using traditional media for the most part — arguing that they weren’t really an online crowd.

Apparently PepsiCo is now disagreeing with that logic.

“There used to be an assumption this target was not online,” said Frank Cooper, vice president for flavored carbonated soft drinks at Pepsi-Cola North America in Purchase, N.Y. “But there’s a group in that category that’s ‘reborn digital.’ They’ve lived through the change and learned to adapt to it.”

“This consumer spends significant time online, although what they do may differ from the younger consumer,” Mr. Cooper said. “They’re not I.M.-ing their friends; they’re looking at e-mail or looking up information about travel, music, food.”

Add to the Pepsi story the findings of a recent PQ Media Survey.  The survey shows that alternative media accounts for 16.1% Share of Total Advertising & Marketing Spending in 2007.  This survey goes on to suggest that the category is poised for strong growth in 2008, despite the economic slowdown. PQ Media is projecting that 25% of all advertising and marketing spending will be dedicated to "alternative media" by 2012.

You can download a free summary of the research report but you’ll need to scroll down past the "buy the whole report for $1,295.00" section.

I guess part of me finds it interesting that the New York Times believes this is newsworthy at all.  And that we still call online and mobile advertising "alternative."

Haven’t we gotten past the realization that the average consumer has some sort of digital footprint/life that opens up some opportunities for marketing to them in that space?

What do you think?

One comment on “Online marketing is getting awfully mainstream!”