Innovation.  Everyone talks about it.  But very few can define it, let alone do it.  I think sometimes we make concepts like innovation much "bigger" than they need to be.

Somehow all the discussion, articles written and trainings offered make the concept seem nearly impossible to achieve.  It suggests that it has to be remarkable and industry changing to truly be innovative.

But a simple tweak or fresh perspective can sometimes create all the innovation that's needed.  Let me show you an example.

Over 50 million people eat fast food every day in the United States.  A vast majority of those eat their fast food meal in their car.  And I dare say, a good percentage of those eating in the car — end up dripping ketchup or burger juice or something onto their shirt.  (First two stats are legit, third one is my supposition).

So that's a lot of stained shirts and irritated customers. 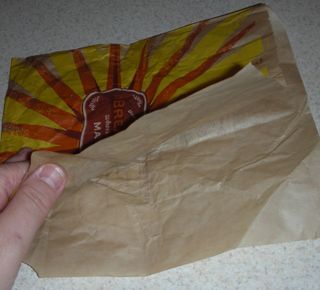 Panera solved this problem  with a dash of glue.

Most fast food establishments either wrap their food in a flat piece of paper or box it in a cardboard box.  Either way, there's nothing about the packaging to help with the shirt drips.

Panera took their flat piece of paper and folded it, gluing it along two sides.  Making it, in essence — a pocket that holds their breakfast sandwiches.

But, as you can see — if you wanted to eat a juicy bone while you were driving, thanks to Panera's innovation, your shirt would be safe. 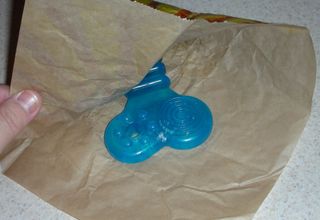 So, why am I telling you all this and why does it matter to you?

Not any more.  Panera has solved the problem with a simple observation.  And if it works like it often does — everyone else will now have to follow suit.

How about in your business?  Is there some aspect of it that frustrates or irritates your customers?  Are you just accepting it?  Is it possible that a small tweak (a fold and a dollop of glue) might erase that frustration?

What would it do for your brand and customer satisfaction if you were the one to find the tweak?

10 comments on “Innovation can be the slightest tweak”