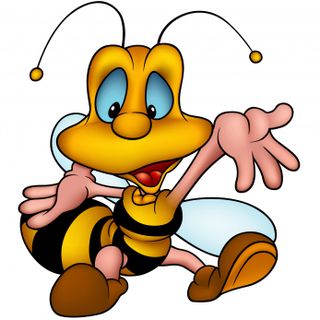 Drew's Note:  As I try to do every Friday, I'm pleased to bring you a guest post.  Meet another  thought leader who shares his insights via the blogosphere. So without further ado…Emanual Rosen.  Again. Enjoy!

In researching my books on word-of-mouth marketing, I’ve interviewed several entrepreneurs who have been successful in creating buzz for their business. Here are four lessons I have learned from them:

The most important buzz technology is your ear. When Brian Maxwell was developing an energy bar for athletes, he started by listening to what these folks had to say. The late co-founder of PowerBar estimated that he and his team talked with about 1,200 athletes during the development stage. When the product was ready, these people got some bars (and a follow up survey) and were the first to buzz about the product.

The right channel can create initial buzz. When Margot Fraser decided to market Birkenstock in the U.S., she went to the most natural channel: shoe stores. But shoe store owners didn’t believe anyone would buy these strange looking sandals. Fraser found that owners of health food stores were more receptive to the unconventional sandals. Many of them bought the product for their own use and buzzed to their customers about it. (A similar thing happened with PowerBar that spread through bicycle shops.)

People don’t buzz for money, but… everyone likes a little thank you note. Here’s an example: When you bring in a new member to Angie’s List, you get a one-pound bag of M&M’s.  “From the very early days, we have put a big emphasis on rewarding our members when they get other people to join,” says Angie Hicks, co-founder of Angie’s List.  The company used to send a blank check for seven dollars that you could make out to yourself or your favorite charity, but they discontinued this promotion. The M&M’s are still very popular…

People love to tell a good story. Consider this one: A few years ago, Blake Mycoskie visited Argentina where he found these cool canvas slip-on shoes called alpargatas. A few days later, he came across some impoverished kids who were running around barefoot and he had an idea: He would redesign the alpargatas and for every pair that he’d sell, he would give away another pair to a child in need. His company, Toms Shoes, has given away tens of thousands of shoes and is getting tons of buzz. “I wish I could give you some great topical or tactical way we’re doing this,” Mycoskie told me “but the truth is it’s just a great story and people feel good telling it.”

Emanuel Rosen is the author of the national bestseller The Anatomy of Buzz (Doubleday, 2000). His new book The Anatomy of Buzz Revisited: Real-Life Lessons in Word-of-Mouth Marketing, was published in February 2009. You can follow him on Twitter @EmanuelRosen, visit his web site or email emanuel@emanuel-rosen.com

Purchase his new book The Anatomy of Buzz Revisited (which is fascinating…you'll find yourself quoting it all week!).