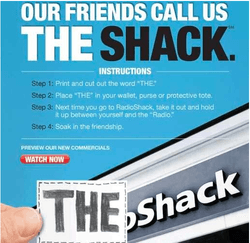 I remember a Disney (made for TV) film that my daughter used to enjoy.  It was about this nerdy kid named Charlie.  He lamented his lack of coolness, so he decided to re-invent himself.   Cooler clothes, a new, cool haircut but the lynch pin to his plan was the nickname.  Chaz.

All of a sudden, Charlie (as Chaz) exuded cool.

Of course, you can guess how it ended.  Chaz became the darling of the school but when he was exposed as a fraud, he learned two valuable lessons.  You can't fake cool and in the end…you are who and what you are.

I wish I had a DVD of this movie.  You know who I'd send it to?  The CMOs of Radio Shack and Walgreens.

Radio Shack, a very uncool brand, has decided to slap on some cool by asking us to call them "The Shack."  So many problems with this, it's staggering. 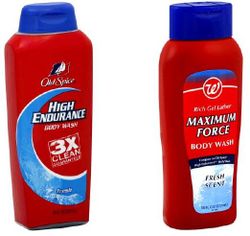 In the same vein, Walgreens has recently re-branded their private label products.  You used to be able to buy Walgreens shampoo but now…it's W shampoo. Yes…that does make me forget that it's generic.

Again…nothing they do is going to make Walgreens cool.  We don't really need or want Walgreens to be cool.

We want them to be open 24 hours/day.

We want them to stock most prescriptions so we can call and then pick it up an hour later.

We even want them to keep a good supply of Haagen Dazs ice cream so we can rush up there at 11 pm and pay an exorbitant price…because we need it now!

We don't need Radio Shack or Walgreen's to be cool.  And in fact, we won't let them be cool.  No matter how cool their nickname might be.

The lesson here for us marketing types?  A brand is not something you manufacture.  It doesn't come from your name or your logo.  It comes from within.  It is born out of who you actually are.  No matter how cool your nickname might be.

13 comments on “A nickname does not make you more cool”