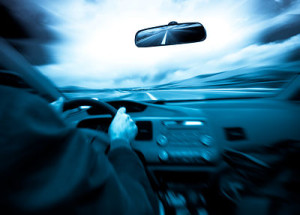 As the first quarter of 2015 whizzes past us, it’s time to take stock of your planning abilities. 25% of the year is now done. How are you doing on your goals for 2015?

I suspect the answer to that question fall into one of two camps.

Camp One (also known as the Camp of the Seat of My Pants): Goals? We’re doing pretty well. I think.

Translation: We didn’t set SMART (specific, measurable, attainable, realistic and time-bound) goals so we know we want to make more money than we did last year, but other than that – we’re not sure what success in 2013 looks like.

Camp Two (also known as the Camp of the Strategic Planners): We’re at 32% of goal one, 17% of goal two and we’re doing a customer survey in June to see how we’re doing on goal three.

Translation: We took the time to set SMART goals and then built a plan for accomplishing those goals. We’re tracking our progress and adjusting the plan as we go.

Now you might argue that there’s a third camp. The Camp of Lucky Breaks. No argument there. Every once in awhile a business hits one out of the park through no particular fault or planned effort of their own. They’re just in the right place at the right time. Everyone deserves a break like that every now and then. But that’s the problem – it’s unpredictable and at best, sporadic.

Since we can’t count on falling into the third camp, the truth is – as business owners and leaders, we make a conscious decision to plan or not. Make whatever excuses you want – it’s either a priority or not.   And you get to reap the benefits or not. It’s really that simple.

Whenever I think about the true value of planning, I remember my experience with our office move a few years ago.  It was a sight to see. The team at MMG is filled with native planners. They like to be organized and anticipate as many details as possible. It’s how they work with our clients and it’s just how they’re wired.

We had several meetings in the months leading up to the move, trying to anticipate anything and everything we’d need. There were plenty of checklists and task assignments.

I watched in amazement at how smoothly the move went. Each area of the office was assigned a different color of duct tape and everything that belonged in that area was marked with the appropriate colored tape (including me by the end of the day!)

This allowed the moving crew to load the truck by area, knowing they’d unload in the same way. When we got to the new office, there were color-coded charts on the walls, and large colored signs by each area in the office. The unloading was incredibly fast and efficient.  Even on move day, – we were back on track and taking care of clients. Within two work days, we were completely settled into the new space and everyone was working at full speed.

That’s the thing – while planning does require an investment, it almost always pays dividends. Here’s the short list of planning perks.

You get where you want to be – by starting with the end in mind, you can plan the path to get there.

Resource conservation – you’ll burn fewer resources (time, money, good will) to accomplish your goals, which means you’re that much further ahead.

You can track your course – when you are actively monitoring a goal’s progress, you can make course corrections faster and minimize your losses.

You’ve lost the first quarter. Will you lose the second too or is it time to get planning?

One comment on “Where has your planning taken you so far?”