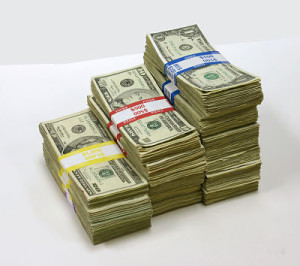 Let’s face it — fundraising is marketing. I love the stories of the good old days in my community.  You’ve probably already heard the same sorts of stories in your community too.  How the “founding fathers” would gather over coffee and when the community had a need, they’d each pull out their checkbook and invest in the solution.

Many of those men and women have streets or foundations (or both) named after them and their mark will forever be a part of most of the cities in our country.

There are quite a few charities that owe their start or a portion of their success to those visionary leaders.  As great as they were – those days are long gone.  I’ve received a few solicitations lately that make me wonder if there are still some area non-profits that are living back in the old glory days and haven’t fast forwarded to today.

Whether the target is a business or an individual, the game has changed and if nonprofits want to keep serving their mission, they’re going to need to make some shifts in their efforts.  They need to recognize that fundraising is marketing.  There’s no separation today and the organizations who embrace this idea will win the day and the dollars.

Why you? It’s a rare charity that doesn’t have a competitor who also serves the same people/cause or at least a portion of them.   If you want a donor’s dollars or even their attention, you’ll need to be able to demonstrate how you do it differently or better and you need to do that on a consistent, steady stream of communication basis.

I don’t know you so get your hand out of my pocket: The “send everyone we can think of” a solicitation letter (especially at the end of the year) is just a waste of money.   If we don’t have a relationship and your work isn’t meaningful to me, I’m not going to send you a dollar.  Don’t waste your stamps.

Slow going: The days of walking out of your first meeting with a check are gone.  Sure, it might happen once in a blue moon but in general, you’re going to have to work hard for your money.  Think marathon, not sprint.

Fewer but deeper: One of the amazing truths about Des Moines is that we’re blessed with a huge number of committed charities.  But the flip side of that truth is that no business can possibly support them all. Which means, choices have to be made.  Businesses don’t want to be one of ten logos on the back of yet another t-shirt.

Donors are opting to spend their money on fewer nonprofits but to give more to those few.  And once they’re locked in with a specific charity, it’s going to be much tougher to pry them loose.

Going, going, so gone! Our community is golf tournament and auctioned to death.  If you don’t already hold one of these, don’t start one.  And if you already have one – be ready for declining attendance or revenue unless you can make it unique.  Bravo to Des Moines based charities like YESS (Duck Derby), Childserve (Bubble Ball) and others who have taken the risk and created something one of a kind.

The Obama election fund reality:  One of the ways Obama defeated McCain back in ’08 was to race more money from more people.  The dollar amounts were smaller but the impact was bigger.  The same 20 companies (every charity has the same list) in Des Moines cannot be the title sponsor for everything.  Find ways to make it valuable for smaller companies who don’t get into the limelight every day to be your benefactors.

No one is arguing with the amazing work you do.  In fact, we want to make sure you keep doing it.  But, like the for-profit businesses have… you have to adapt to today’s economy and reality.  And soon.