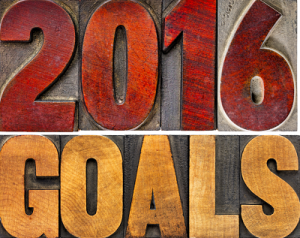 With less than a month until we ring in 2016, I am going to cling to the belief that you have started working on your marketing plan for the upcoming year. I want to get a message to you before you are too far along in the planning process.

Do half as much.

That’s right – my prescription for a successful 2016 is to do half as much marketing. Here’s what I am not saying:

What I am saying is I’m betting that you’re stretching yourself too thin this past year. Let me sketch out a typical company’s marketing effort and see if you recognize a bit of yourself.

Company A has a robust marketing program, with most of their efforts being focused on attracting new customers. These new customers are needed, according to the marketing and sales team, to achieve the aggressive 2013 sales goals set by leadership.

The company has committed to a print media buy and fully intended to create a new series of ads for this effort. Unfortunately, the team was spread thin, so they only created one ad, which they ran throughout the schedule. They also identified the top trade shows for their industry. By the time they got around to planning the new booth, the rush charges would have killed the budget. So instead, they’re using last year’s booth and giveaway.

They also send out direct mail to key prospects (they really hope to follow these mailings up with phone calls in 2016).

Recognizing that only using traditional marketing methods was shortsighted, the marketing team decided to embrace content and digital marketing. The goal was to create one new article or white paper a month that would be used for a customer and prospect newsletter and as new content on the website. The team got five new articles written, and for the other newsletter issues they just advertised the current special. Only 10 of the 12 newsletters went out, but eight of them were on time.

The team launched a Facebook page, Twitter account and started a digital ad/retargeting campaign. They linked the Facebook and Twitter accounts so the updates were duplicated because they didn’t always have time to create fresh content for both. The digital ads were supposed to support and promote the new article every month, but in the end it was easier to just drive traffic to the website’s home page with a pricing teaser that proved marginally successful.

You see where I’m going with this, right? Every tactic that my imaginary company implemented can be very effective. There are an infinite number of marketing solutions but unfortunately, both your budget and your time/staff resources are finite.

This has always been the case, but the addition of digital marketing tactics has just exasperated the challenge. Marketing has evolved into a never-ending spinning plates exhibition, with the marketing professionals trying to catch the plate that’s closest to the floor.

The result? By trying to do too much, nothing gets done as well or as often as it should. Key audiences get ignored or short-changed and opportunities are lost.

I’d like to suggest a different path for 2016. Identify your three most significant audiences, based on your company’s goals. Then, decide on the one or two marketing tactics that will have the greatest impact on moving each audience deeper into your sales cycle. Put together an action plan that outlines how you are going to get those tactics accomplished with more depth, frequency and quality.

Your mission – keep it simple, focused and do it better than you’ve ever had the time/budget to do it before. Then, watch what happens.