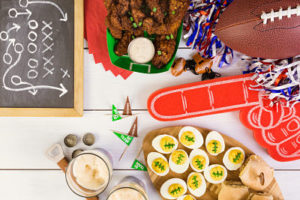 Context is king.  When you think about companies who take risks and are edgy when it comes to their marketing – the insurance industry would hardly be the first to pop into your mind. But that’s what happened during the 2015 Superbowl TV spotathon.

Nationwide unveiled a TV spot during the Superbowl where a small boy was talking about all the things in life that he had missed. All because he died in a preventable accident.

The spot urged viewers to visit www.MakeSafeHappen.com, a site that Nationwide was sponsoring to increase awareness about preventing the kinds of accidents that hurt or kill children each year.

The spot was well done and the message was clear and well intentioned. But the outrage and disapproval were over the top. The tweets, Facebook posts on the Nationwide page and general commentary were swift and disapproving.

What went wrong? We can all agree that trying to prevent accidents that kill children is a noble effort. Nationwide wasn’t really trying to tie any product to their message so it wasn’t overly commercial or self-serving.

The problem was that Nationwide and their agency totally disregarded context.

People are at a Superbowl PARTY. The day is practically considered a national holiday. It’s loud and celebratory and everyone is having a good time.

Which means they don’t want to think about dead children.

The audience could not and would not hear the Nationwide message at their Superbowl party.

Superbowl ads typically fall into two categories. They’re either funny or sentimental. But they are not sad. They are not heavy or laden with information. Just like the snacks at a typical Superbowl party – they’re puffy little hors d’oeuvres, meant to tantalize, not satisfy a deep hunger.

Nationwide released a statement the day after the Superbowl because of the uproar. They said that they accomplished their goal, which was to get people talking and cited the number of hits on the website after the spot aired.

As you might imagine, there are lessons for all of us in the Nationwide Superbowl mistake in terms of context.

Get into their heads and hearts: You need to really understand how and when your messages are going to be in front of your audience and what they are thinking and feeling in that moment. Every word you use or visual you include is filtered through their state of mind at that moment. As Nationwide learned, even the most sincere message can fall flat if the mood doesn’t match.

Assess their ability to take action: Be mindful of how and where your audience is going to see your communication. Putting a phone number on a billboard, when people are whizzing by at 70 MPH is probably a waste of space unless the number is so easy to remember (800-CLOGGED) that the few seconds they have to see it will be enough.

Consider their setting/who they’re with: One of the reasons the Nationwide spot got so widely criticized is that Superbowl viewing is an all ages activity. Many people felt it was inappropriate to run the spot when so many children were in the viewing audience.

Even if there weren’t children around, everyone was hanging out with their friends. They love the Superbowl spots that made them all laugh together and enhanced the party feel. A spot about a dead boy hardly has that effect.

Don’t ever ignore the context of how, where and when your communication will fall into the audience’s day. Those filters may enhance their reaction or, as it did for Nationwide, might completely destroy your effort.