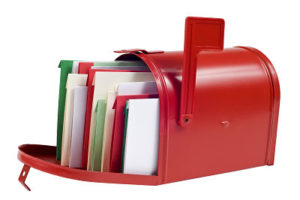 Is that your hand in my pocket?  Every holiday season my mailbox is stuffed and my phone is ringing off the hook. Alas, the increase in activity is not just holiday greetings – it’s mostly people asking me for money. It’s time for the year-end charitable giving appeals.

Call me Scrooge if you will – but it’s annoying and ineffective. In most cases, I’m receiving communications from charities that I haven’t heard from since last holiday season. They’ve made no attempt to engage me throughout the year. They haven’t shared their successes with me along the way or even bothered to see if I was interested in the work they’re doing. In other words – they are shooting blind.

They have a huge list of people that includes anyone they can think of that should give, might give, attended an event 5 years ago or sold them something and BOOM – out goes the generic, “hey stranger give us money” mailing.

I sit on enough boards to understand why nonprofits feel compelled to send out a request for money between Thanksgiving and Christmas but the truth is – while they may enjoy a small surge in donations, they’re doing some damage too.

If you know that part of your organization’s business plan is to send out a year-end charitable giving appeal – let’s do some things throughout the year so your efforts drive more results and cause less of a disconnect.

Identify your target list in January: Don’t freak out – you can always add appropriate people to it – but let’s identify a list of people that you can spend an entire year preparing for your appeal letter.

I know this is counter-intuitive, but your job in selecting these people is to reduce the list, not add to it. Your goal is not to reach out to every breathing human being but to really narrow the list down to likely donors. Why? Because rather than the one gun and done method, we’re going to communicate to them throughout the year – increasing the likelihood that they will give.

Share throughout the year: You don’t want to be the nonprofit I only hear from when you want to put your hand in my pocket. So this year, you are going to work this donor list all year long. Yes, it’s going to cost you a little more but remember, we’ve reduced the list so hopefully there will be less waste and a better yield.

At least once a quarter you need to reach out to this list. Share success stories. Show them how you are spending your 2015 year-end appeal dollars (actually say it, don’t assume they infer it) and talk about your impact on the community. In short – do all of the things you try to cram into the year-end fundraising letter throughout the year. If you skip this step – you can count on mediocre results at year’s end.

Yes, I know it costs money. But you can’t expect them to invest in you if you don’t invest in the relationship. Think of how many charities are out there – and every single one sent out a letter asking for money between Thanksgiving and Christmas. Most people are going to choose one or two at the most. They all do good things to make this community and the world a better place. Sadly – those are the table stakes. If you want to make the most of your year-end charitable giving appeal, you have to do even more.