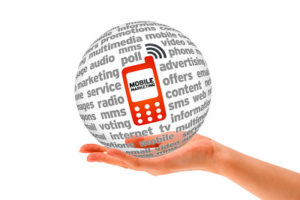 As people spend more and more time on their mobile devices (phones, tablets and phablets), it only makes sense that budgets are being shifted in that direction. But there are several challenges with mobile marketing that most advertisers still have not figured out.

That’s why when mobile marketing is done well, it’s worth examining. Dunkin’ Donuts ran a campaign a few years ago that can teach us several lessons about how to use mobile wisely.

Their goal was to reach coffee drinkers who did not routinely visit a Dunkin’ Donuts store. They wanted to change their buying behavior and encourage them to visit a Dunkin’ Donuts rather than one of their competitors. They wanted to generate measurable behaviors so they decided to pair demographic targeting and location information, so they were speaking to the right people at the time they were likely looking for a place to buy coffee.

Dunkin’ Donuts targeted coffee drinkers using a third party’s proprietary software that builds behavior profiles based on mobile activity. Then, they geo-fenced the area around their competitors’ stores. When one of these coffee drinking/buying consumers crossed into the geo-fenced area – they were served up coupons for Dunkin’ Donuts.

This allowed them not to cannibalize their own customers because the ads were only served up near their competitors’ locations.

The ads were a call to action – a coupon. They offered coffee for $1 or $2 for a coffee/meal combo. Consumers could download the coupons for later use. More than a third of the consumers who clicked on the ad took additional actions. They either saved the coupon or they searched for the closest Dunkin’ Donuts location. But even more impressive is that 3.6% of the people who saved the coupons actually redeemed them.

As you might imagine, Dunkin’ Donuts is expanding this campaign beyond its original test locations.

What are the lessons we can take from their success?

Previous behavior is a great predictor of future behavior: The strategy surrounding your targeting is vital to a successful mobile campaign. This is not the tool for a broad branding campaign. People use their smart phones for information and to accelerate action. Your campaign should have that same focus.

Location, location, location: This is a feature of smart phones that most mobile campaigns either don’t use or use poorly. But it’s a fine line. If your ad is too specific or requires immediate action, it might freak out the consumer and feel too “big brotherish.” But you do want to offer them choices that they could either use immediately or save for later.

You can create your own measurement tools: One of the reasons this mobile marketing campaign was successful is that they plotted out multiple steps and options for the consumer to take. With each action, they could track the consumer’s responses and ultimately were able to tie it back to a variety of actions, from searching for a store location to making a purchase.