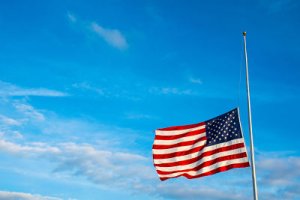 When our country endures a tragedy like the Parkland shooting or a natural disaster like the volcanic eruptions in Hawaii, we get completely wrapped up in the stories, the people, and the emotions. We want to show our concern, to connect with each other to mourn together and, of course, we want to do something to support the victims.

Immediately after the Parkland shooting a few months ago, we saw people changing their social media profile pictures, expressing their support and starting fundraising campaigns. Because of the nature of the tragedy we also saw a flurry of conversation about gun control, mental health and other social issues that played a role in the shooting.

As a country, we were horrified, afraid, angry, sad and struggling with our feelings of helplessness. We expressed all of those reactions for many days following the shooting.

My guess is that if your social media channels are like mine, some people expressed themselves more eloquently than others. And some, it seemed, just talked to talk, as if they didn’t want to be left out.

But the people who really touched my heart and inspired me were the ones who didn’t say very much but they did something. They donated blood or shared a link to a site collecting donations. They found a way to help and quietly did so.

Brands can probably take a lesson from that observation. After all, organizations hurt and feel compassion in the same way we do. They want to express their support as well. After all, they’re just big groups of people.

Much like our friends and family – some companies express their support better than others. There’s a thin line between solidarity and trying to capitalize on a tragedy to position your brand/organization in a good light.

Don’t get me wrong. I think it’s very bad form for any organization to use a crisis or tragedy as a marketing tactic. But you sure don’t want your well-intentioned gesture or words to be labeled as self-serving or an attempt to capitalize on a tragedy.

If your company wants to conduct itself in a way that’s above reproach, follow these guidelines.

Say very little, do something meaningful: JetBlue offered free flights to/from Parkland, FL for the families of the victims while Delta Airlines offered free flights to the Washington, D.C. march that many victims and their families attended. Local restaurants donated food feeding the family and friends of the victims and the injured at hospitals, churches and at their homes. Organizations like Bank of America, Wells Fargo, Macy’s, AutoNation and Cigna all donated hundreds of thousands of dollars without any fanfare.

Mourn together: Nickelodeon and MTV – the networks of legions of children and teenagers – went off the air for 17 minutes to honor those killed in the Parkland shooting.

Show your support: Many companies and entities lowered their flags to half-staff and donned ribbons in the colors of Marjorie Stoneman Douglas High School – maroon and white.

Help others offer a helping hand: Professionals United for Parkland – an all-volunteer group of more than 250 licensed mental health workers provided free counseling via their referral hotline 24/7 for as long as necessary to anyone in South Florida affected by the shooting.

These companies all showed their compassion and humanity. It’s worth noting that none of their gestures required a lot of talk. In times of tragedy and when people are hurting, actions definitely speak louder than words.