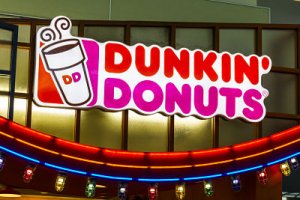 Odds are, you say Donuts. After all, since 1948 the company has worked pretty hard to get us to recognize their name and their core offering. Dunkin’ Donuts.  They have invested millions of dollars to connect those two words. Remember the “time to make the donuts” campaign?

All of that is what makes the announcement they made last year so intriguing. They want to test the idea of dropping the word Donuts from their name, but a final decision on the name won’t come until late 2018. They’ve coupled the shortened name with a new tagline – Dunkin’. Coffee and more.

The company cites several reasons for the change. When asked why they harken back to their roots when they were a coffee shop that sold donuts. Based on the numbers, they actually derived 58% of their revenue from coffee in 2016. Now that Starbucks has made coffee trendy and pricey, Dunkin’ has decided to lean into that category and try to ride the upswing in both volume and profits.

Their coffee also gives them more opportunity for line extensions. They sell Dunkin’ coffee beans, K cups, and other related products in their own stores and grocery stores across the country.

As coffee is growing in popularity, donuts are falling in the opposite direction. Culturally, we are making healthier choices (or at least saying that we are) and according to a company spokesperson, the shift will “reinforce that Dunkin’ Donuts is a beverage led brand and coffee leader.” Actually, the statement should be “we want to be a beverage led brand.”

I don’t believe they’ll ever make that pivot work. Their brand is too entrenched in our minds and more importantly, in our connective experiences with the stores. Maybe they actually are a coffee led brand if you crunch the numbers. But brands are rarely built on data. They’re built on experiences and emotional connections.

What the decision-makers at Dunkin’ seem to have forgotten is the most important truth of branding: brands are not controlled or owned by the company. Their consumers have that privilege.

Changing your name does not change how people categorize or describe you. It doesn’t change the way they experience you or why they will or won’t do business with you. If you truly want to reinvent your brand, you have to drive change much deeper than just dropping a word or two.

You may not remember, but Starbucks used to be called Starbucks Coffee. They made a big deal of dropping the word coffee in 2011. When you think of Starbucks, what is the first product that comes to your mind?

Seven years later, we still think of them as a coffee shop that happens to sell other things. The budget they’ve had to alter our perception is far greater than what Dunkin’ will have to spend, so it’s hard to imagine that we’re going to forget the donuts aspect anytime soon.

The learning for all of us in this?

We need to be very intentional when we create and build our brand because once we plant those seeds and nurture them, it’s very difficult to change course and take our customers with us on the journey. Once we’ve told them what to expect and have honored those expectations over time, we shouldn’t be surprised that they believe us.

On paper and by the numbers, Dunkin’s pivot may be perfectly logical. With the decline in donut sales and the spike in coffee consumption, who can argue? But brands don’t live on paper and aren’t driven by numbers. Brands are born and grown in the hearts of our customers, and it’s much harder for logic to prevail there.

One comment on “When I say Dunkin’ you say …”