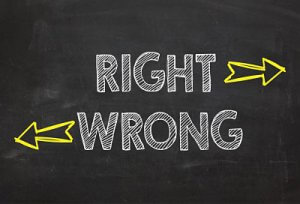 Previously, we took a look at how Crock-Pot dealt with the untimely death of a beloved TV character due to a faulty Crock-Pot cord and the social media backlash that erupted from that pretend but apparently emotional death.  A situation that could have gone very wrong but Crock-Pot got it right. They didn’t get defensive or remind the people leading the outcry that Jack didn’t really die. In fact, they sympathized with the grieving audience and then used the incident to talk about their actual safety features.

The actor who plays Jack, Milo Ventimiglia, went on tour telling the world that he loves his Crock-Pot and wants to encourage other people to get one too. Can you imagine what it would have cost Crock-Pot to hire the star of the season’s biggest hit to be their spokesperson?

On the flip side, Old Navy did not handle their social media storm nearly as well. An Old Navy store near Jordan Creek Town Center in suburban Des Moines, Iowa created a national incident when an employee racially profiled a customer and accused him of stealing a jacket that he actually got for Christmas and entered the store wearing.

After the man was forced to prove he owned the jacket, a post on Facebook alleged that a central Iowa man was racially profiled while shopping Tuesday at an Old Navy store at Jordan Creek Town Center by the clothing store’s employees.

After the incident, the man posted pictures and videos of the incident on his personal Facebook page and it went viral. The post had more than 150,000 shares and thousands of interactions.  Old Navy’s reaction is a textbook example of how not to manage a social media crisis.

The post went live on Tuesday, January 30th and Old Navy’s solution was to close the store on Wednesday. The store and Old Navy corporate didn’t announce or explain the closure, which set the story on fire. The store re-opened on Thursday, also without any explanation. A spokeswoman for Old Navy emailed an official statement that said Gap and all of its brands maintain a “zero means zero” policy and that an investigation of the incident is underway.

The email went on to say “we are a company made up of diverse people — from all backgrounds and cultures. We encourage diversity in thought, celebrate diversity in each other and demand tolerance and inclusion, always.”

On the same day, Old Navy’s Twitter and Facebook feeds had a statement that explained what happened and that the incident was under review. Two days later, on both social networks, the company announced that the customer was treated in a way that violated their policies and values. They also announced the firing of the three employees involved in the incident.

Underneath those official announcements was a huge outcry on Twitter and the Old Navy Facebook page. Angry consumers took it upon themselves to tell similar stories, complain about the product and in general, kick Old Navy while they were down.

The next stumble on Old Navy’s part was that they went a little overboard in trying to prove that they weren’t racially insensitive. Suddenly, all of the models on their social media feed promotions and ads were African American. You can imagine the public’s reaction to that shift.

The good news for Old Navy is that as quickly as the firestorm started, it seemed to die down. But they could have turned the situation into a win rather than, at best, a draw. They missed some key best practices that could have saved the day.

Stay tuned as next we will explore how brands should respond to going viral when they don’t want to be in the spotlight.