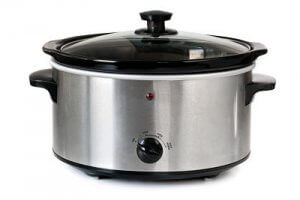 Social media is a powerful tool, but it can also hand a brand some serious problems that need to be dealt with immediately. Your reaction can make all the difference.  When you respond in real time, you can do it well, or you can stumble and fall. When a brand doesn’t deal with the ember or spark or handles it badly, it can quickly grow into a raging inferno.

We watched the good and bad play out over the past year, and I’d like to dig a little deeper into each situation and then talk about some safety nets we all need to have in place in case our company finds itself in an unexpected spotlight.

First off, let’s look at the good.

The very popular show “This Is Us” killed off a beloved character this past season. The culprit? A house fire started by a crockpot’s faulty switch. People rushed to social media to mourn the death of this character and true to human nature, they were looking for someone to blame and the poor crockpot took the brunt of it.

I know it sounds ridiculous, but the build-up to how Jack died had been in the making for over two years. This is a show that pokes at the most sensitive emotions of its viewers, and so their hearts were definitely on their sleeve already, as they watched the tragedy unfold.

As the TV show ended and the fans scrambled to social media to give Crock-Pot a piece of their mind, the company found themselves in a very bizarre and unexpected position. They were being accused of causing the death of a pretend person. People were vowing to throw away their crockpots.

Crock-Pot had three choices. They could respond to the overwhelming wave of communication by reminding everyone that Jack is pretend, they could ignore the whole thing and let it blow over, or they could play along and use the opportunity to build their brand.

We’re heartbroken over last night’s episode, too! But don’t worry, you can still make your favorite meals in your #CrockPot with confidence. We want to assure all consumers we rigorously test our products for safety. PM us and we’d be happy to tell you more about our safety standards.

Think this is absurd? It gets worse. The story of the killer Crock-Pot was also picked up on Colbert, Marketplace, and even Popular Science and Self Magazines!

Crock-Pot took to Facebook as well, with this message:

‘THIS IS US’ SPOILER ALERT. We’re still trying to mend our broken heart after watching ‘This Is Us’ on Tuesday night. America’s favorite dad and husband deserved a better exit and Crock-Pot® shares in your devastation. Don’t further add to this tragedy by throwing your Crock-Pot Slow Cooker away. It’s hard to pass something down from generation to generation if you throw it away (grandma won’t be too happy). Spending time with his family while enjoying comfort food from his Crock-Pot was one of his favorite things to do. Let’s all do our part and honor his legacy in the kitchen with Crock-Pot®. XOXO, Crock-Pot® Forever in Your Heart & Forever in Your Home

It’s bad enough when your company makes an actual mistake or deserves the heat of social media, but this example is a good reminder that we’re all vulnerable, even when it’s not of your creation.

Next, we’re going to take a look at a situation that was of their creation – the Old Navy racial profiling story that went viral and caused the store to close their doors temporarily.

After we have studied both the good and the bad, I’ll outline the best practices we need to keep in mind as we do business in this 24/7 connected world.