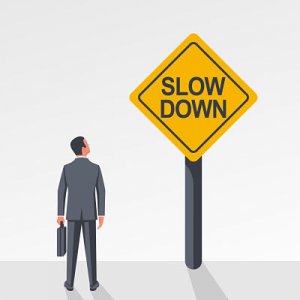 One of the more common and popular patterns of today’s lead generation and nurturing tactics goes something like this:

On paper, it makes perfect sense and in practice, when done properly, it works very well. It’s built on the understanding that no one will buy anything from us until they know, like and trust us.

Trust is built over time, as the initial purchase (for a few dollars or in exchange with an email address) proves valuable. From there, the buyer’s confidence is boosted and they stay open to considering the next level of both purchase and trust.

Unfortunately, it’s often not done properly. This weekend, I saw an ad on Facebook for an information product that looked like it might be useful. I clicked on the ad and watched a brief video about the product. It held my interest, had some credible testimonials from people I recognized and so I made the first purchase for $37.

Before the site brought me to the cart so I could check out, they offered me several other, more expensive products that I passed on, because they hadn’t earned that level of trust from me yet.

Right after I checked out, on-screen, I was told that I’d be getting an email with a log in link so I could access the information. Within minutes, I did receive that email.

So up to that point, they’d executed the tactic well. They’d earned my attention, held it with some valuable information, reassured me with some credibility elements and led me to make my first purchase.

But then, they went off the rails in a hurry. Within five minutes, I got four additional emails. Three of them tried to convince me to buy the more expensive offerings I had just passed on a few minutes before. That was bad enough. But the fourth email is the one that really ruined any chance they had with me.

The email was from the CEO and he wanted to tell me about a special beta program they were just launching. The email went on to say that because I was clearly the kind of leader who could really contribute to the beta, just yesterday he had gotten special permission to invite me into that beta. Of course, he had no idea who I was yesterday. I wasn’t on their radar screen until ten minutes prior.

Both the volume and the insincerity of their emails cost them any future purchases from me. I went from being interested to feeling bombarded. My next thought was that I needed to harvest all of the information from the site I’d paid to access as quickly as possible because if I got four emails within the first hour – what would the first week be like?

Their heavy-handedness had the opposite effect of what I am sure they were going for. Instead of growing my trust slowly and giving me time to get to know them and value what they offered, they put me on guard. Even worse, the flurry of emails also tainted my opinion about the content I had already purchased from them. They got my $37 but they lost my confidence and any future purchases.

Email sequencing can be one of the most effective marketing tactics available to you. But a misstep can not only cost you a customer but it can cost you your credibility.