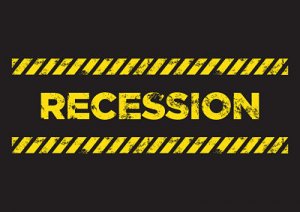 Today, let’s deal with the when question.

Here in the US, we’ve been dealing with COVID-19 for anywhere between six and eight weeks, depending on where in the country you are. For Iowans, it’s been about six weeks since businesses started shifting to work from home, restaurants began to close, and we were all focused on learning as much as we could about this infectious virus and how it was changing our world.

The first phase, which is when we’re experiencing the community outbreak of the virus, is winding down. That’s not to say it’s entirely over, just that we’re moving from crisis to containment efforts.

Until now, it’s felt a little inappropriate to market or sell. But that didn’t mean we should have gone silent. As we’ve discussed previously, we needed to shift our marketing messages to messages of education, community service, and just being helpful. That was true on your social channels, any paid advertising you’ve done, and your website content.

There’s no doubt that the recession most of us have been waiting for over the past two years is now here. How deep of a recession or how long it will last are questions that are above our paygrade, but as business owners and leaders, we have our marching orders — to do all we can to make sure we weather the recession and come out on the other end.

The good news on that front is we have plenty of data that shows us how to handle marketing during a recession. Let’s look back over the country’s history and our past recessions.

1920s: A study was published in the Harvard Business Review in 1927 that shows that companies that continued to advertise during the downturn, were 20% ahead of their pre-recession market share position. Companies that reduced their activity lost over 7% of their market share.

1940s-60s: A study that tracked advertising dollars vs. sales trends for the recessions during this period (1949, 1954, 1958 and 1961) showed that both sales and profits dropped for the companies who cut back on their marketing. Even after the recessions ended, the companies continued to lag behind their competitors, who kept their marketing active during the downturn.

1980s: McGraw-Hill Research analyzed 600 B2B companies and found that the companies that maintained or increased their advertising grew, not only during the recession but for up to three years later. Within the study, companies who advertised aggressively had grown 275% over those that did not.

1990s: A MarketSense study showed that the best strategy for growth during a recession was to invest in building your brand equity (long-term) and promotional short-term sales offerings. Employing this strategy, Kraft Salad Dressing experienced 70% sales growth.

2000s: Harvard Business School studied 4,700 public companies that looked at their performance during the 1980, 1990, and 2000 recessions. The companies (like Target) who increased marketing/sales expenditures and their capital spending while working hard to cut costs and improve productivity, flourished.

Decade after decade of proof tells us that we need to keep marketing during the recession. We have to be talking to our prospects and customers. In the future, we’ll explore the nuances of what we say and how we say it. But in this case, silence is clearly not golden.