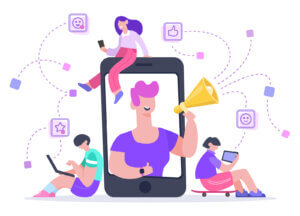 One of the fastest growing marketing trends over the last five years has been working with influencers.

An influencer is someone who has built an audience and community around a specific niche. Influencers are people who have the power to sway the buying decisions of others because of their position of authority, knowledge, celebrity or status. We immediately think of celebrity influencers like the Rock or Jill Michaels or Rachel Ray, but for most brands, they’re not working with celebrities. Instead, they are working with micro influencers who have a very narrow (but deep) sphere of “celebrity” tied to their expertise.

We also tend to think of influencers in the B-to-C space, like a fashion Instagrammer or a video game YouTuber. But there are many B-to-B micro influencers as well.

Influencer marketing can be a potent addition to your marketing strategy, but there are some important aspects of working with these professionals that can go very wrong if you don’t dot your i’s and cross your t’s.

Here are some of the biggies:

Who owns the content created on the brand’s behalf by the influencer? U.S. copyright law says that whoever creates the content owns the content. However, if you write the contract properly, you can transfer the ownership to another party, like the brand.

It’s not quite that cut and dried, however. Most influencers want to retain the ownership because it’s part of their body of work. In some cases, a licensing agreement and defined scope of usage rights may be the best bet.

But … deal with ownership before you ink the deal in some way.

Exclusivity: It makes perfect sense. Brands don’t really want to partner with an influencer who is also writing about and raving about their competitor’s products or services. But influencers are loath to restrict their potential earning power by accepting too broad or too long of an exclusivity agreement.

There’s a fine art to finding the happy middle ground on this issue. Naturally the brand has every right to want some white space around the influencer’s promotions for them and the work they might do for others. In some cases, the exclusivity can be applied to a narrow product category. Or the length of the exclusivity can be altered so that it’s not too onerous on the influencer’s ability to earn a living.

The oops clause: There are many reasons why a brand might need to pull content that has been posted somewhere. It could be inaccurate. It could have triggered a consumer revolt. It could be accidentally in bad taste. Or there could be some sort of issue with the product or service. You always want to negotiate what is called a take-down clause.

Influencers themselves can create a reason for using the take-down clause. They may post something that the brand does not want to be associated with or they might get involved in some sort of public or semipublic scandal.

From the influencer’s point of view, they can be negatively affected (financially or reputation-wise) if their content suddenly disappears. They make their money based on engagement. The very drama the brand is trying to avoid by asking for the content to be removed may be driving huge engagement numbers for the influencer.

For all of these reasons, this needs to be carefully thought through and negotiated before you sign the contract.

I know I haven’t made working with influencers sound all that appealing in this column. But there are plenty of reasons why it’s worth it to go through these negotiations. In next week’s column we’ll talk about the upside of influencer marketing and why you should consider putting it into your marketing mix.