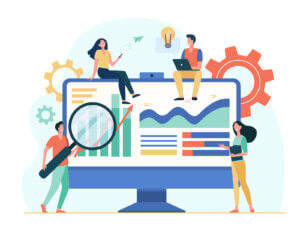 I’m going to take a couple of weeks to focus on one of the buzzwords of the day: first-party data. It’s becoming more critical to marketers every day.

First-party data is information a company collects directly from its customers and owns. First-party data (also known as 1P data) is part of the mosaic of data marketers have at their disposal. It can complement, enhance and reduce the need for other types of data.

First-party data is the holy grail. Any organization that is not collecting and using first-party data from its own website, email campaigns and other on- and offline marketing efforts is missing a golden opportunity. Collecting, learning from and taking control of your first-party data should be a priority if you want to increase revenue, reduce marketing spend, learn from the asset, and use it to nurture and expand your most valuable audiences, deepen your connection with consumers and vastly increase your hit rate.

Because you’re collecting it directly from the source, you know it’s accurate, and because it comes straight from your audience, you know it’s relevant to your business. And in today’s increased privacy environment, the privacy concerns surrounding your first-party data and what you can and can’t do with it are minimal because you can prove exactly where it came from.

Second-party data is someone else’s first-party data that they are willing to sell to you. The seller collects data straight from their audience, and it all comes from one source. Like your own first-party data, you can rely on its accuracy because of how it was harvested.

You would buy second-party data directly from the company that owns it. There’s no middleman, like a DSP or digital media platform, involved in the transaction. It requires you to seek out companies with data you need and form a relationship with them. But their data is more accurate and clean, as opposed to buying data that has been aggregated from a variety of sources.

These transactions offer a lot of transparency and little risk because you work directly with the organization that cultivated and owns the data. You and they have shared control over what you buy, the terms of sale and how the information gets used.

An example might be a trade association that serves an audience you want to reach.

Third-party data is data that you buy from outside, from sellers who are not the original collectors of that data. These large data aggregators pay publishers and other data owners for their first-party data. In the good old days of marketing, we called these people list brokers.

The aggregators then collect it into one large data set and sell it as third-party data after they carefully scrub and organize it in a way that makes it more useful to the buyer.

After collecting the data, providers organize it into segments based on individual factors like the industry the person works in, audience behaviors, demographics, psychographics, buying patterns and interests. You can pretty much buy a third-party data set to reach even the most obscure audience.

Third-party data is bought and sold programmatically, which means it happens rapidly and generally on a large scale. The large volume and broad scope are some of the primary benefits of third-party data. The downside, especially in today’s privacy-centric world, is that you don’t know the original source of the data. Another consideration is that this data is sold over and over again. You have no exclusivity to it.

In next week’s column, we’ll look at how you can and should be using your first-, second- and third-party data and where the privacy laws are pushing us next.