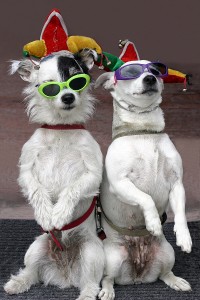 Apparently, other people were pondering the same question I was last week when I asserted that advertising can’t just be funny.

Now — a recent study is showing that funny doesn’t really sell well. One in five TV ads are funny, and Super Bowl ads are three times funnier than the rest.

But none of this makes much difference in selling stuff, according to new research by syndicated ad-testing firm Ace Metrix.

Funny ads do get more attention and are better liked. But Ace Metrix found funniness had little correlation with effectiveness in a scoring system that incorporates watchability, likability and persuasion among other factors.

In fact, funny ads were slightly less likely to increase desire or purchase intent than unfunny ones. Those same commercials were less likely to increase desire or intent to purchase than commercials that played it straight. In other words, funny ads are useful for entertaining viewers, but are not the most effective way for advertisers to convince those viewers to buy the product.

This study takes the first-ever large-scale, scientific look at the role of humor in video advertising. According to the study, entitled ‘Is Funny Enough?’, consumers found 20 percent of more than 6,500 TV ads that aired between January 1, 2011 and March 31, 2012, to be funny.

So before you go for funny, ask yourself what your ultimate goal is. If it’s sales — perhaps you should consider a different avenue.