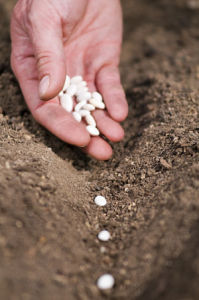 By the time a farmer is harvesting his crop, he’s already well into the planning of his upcoming planting season. We marketing types could learn a lot from those farmers.

The fourth quarter is a very busy time for most businesses for several reasons:

That’s why it’s not all that surprising that you aren’t thinking about the sales/activity dry spell that often comes in January and February. You may be the exception to this rule, but for many organizations, the first few months of the year are often the slowest in terms of leads, sales and revenue.  That’s why you need to plant some marketing seeds right now.

It’s usually around the end of January that someone inside the company says, “Wow, our sales are really slow. We’d better do something.” They go into a brainstorming session and come up with some sort of promotion, marketing tactics or special to generate some sales activity.

Odds are, the ideas that get generated at the end of January usually start producing results 30-90 days after they’re deployed.

So if that’s the case…wouldn’t it make a lot of sense to begin those promos, specials, and increased efforts now, sixty days before your inevitable dry spell?

Let’s call it your planting seeds effort. You want to generate interest now but deliver the services/goods in January and February. How might you plant some marketing seeds now?

Offer a 2014 budget/2015 delivery deal: You know that many of your clients have a fiscal year that ends in December. They have “use it or lose it” budgets. So why not help them wisely spend those budget dollars? Create an opportunity for them to make a smart purchase in 2014 for things they’ll need in the first few months of 2015.

Put together a package: Why not bundle some of your products/services in a way that guarantees usage over the first few months of the year? Set the end date to purchase the bundle sometime in the middle of January. Begin talking about the bundles now and you’ll either sell some in December or you’ll plant the seeds now and make the sale in January.

Kick off a PR campaign: Maybe it’s time to create some buzz? That kind of buzz usually takes some time to build up so starting now means you’ll have some momentum in a few months. Be smart – concentrate on a few key publications that will position you in the right way with the right audience.

Reach out to former clients: Now might be the perfect time to re-connect with some of your former customers. Keep in mind that they’re (hopefully) doing their 2015 planning right now which might result in their realizing that they are going to need what you sell.

Develop and distribute helpful content: Depending on your industry and your customers, this might be an e-book, a white paper, a podcast, or even an in person seminar. Use this opportunity to demonstrate just how smart you are and how you can help them by sharing that expertise. Use the content to reach back out to potential customers you’ve already courted, prospects and even current customers.

Mine your referral network: Your best customers are typically more than happy to boast about your work. Now is the perfect time to ask them who else they think might benefit from your expertise/products. Set up those initial meet and greets for the first week of January.

Don’t wait until you’re in the middle of your slow season to worry about shortening it. If you plant some marketing seeds right now, the slow season may be a thing of the past. 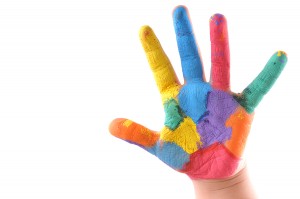 This is the time of year where work grinds to a halt.

We have another two weeks or so before the holiday frenzy, parties, hangovers and the general professional apathy creeps in and productivity becomes a dirty word.

But don’t give up hope yet.  I think there’s still a few things we can get done before we all sing Auld Lang Syne. Here are the five things I think you should focus on as the year winds down.

Your website: Take the time to look at every page, click on every link and make a list of what’s missing.  We spend a lot of time building our websites but once they’re done, they tend to be forgotten.  Fix all those broken links, correct any copy that’s wrong and update the pages that are out of date or are missing some of your more current offerings.  Look for simple things you can do to increase visitors and engagement.

Your five best customers: Take the time to actually think about those customers who help you keep the doors open.  Then, in this crazy rushed time — write them a handwritten thank you note/letter.  Be specific about why you love working with them — and send it so you end their year with a smile.

Call it quits: Look back over the past 12-24 months.  What’s the one marketing tactic that you have really dedicated yourself to but it just hasn’t caught on fire.  This has to be something that you feel you really implemented well, thoroughly and can’t imagine what you could have done better.  If you can say that and it’s not delivering results — it’s time to let it go.  Make December 2012 the last time you invest in it.

Identify your #1: If at the end of 2013, you could claim one accomplishment or goal’s achievement that would benefit the organization more than anything else — what would it to be? Spend some time identifying the barriers that are between you and that accomplishment and what you need to leap over them.  Build a one page business plan for getting to that goal as early in 2013 as you can.  Make it your priority.

Fix what’s broken: When you look back at your marketing efforts for 2012 — what’s the one marketing tactic that you know you did a lousy job of implementing?  You know it can and will work but you just let other things get in the way or you did it half-heartedly. It’s time to get serious.  Figure out what got in your way and figure a way around it.  Farm it out, get something else off your plate, make a bet that you can’t afford to lose — do whatever you need to do — to  make it happen and happen well.

There you have it — get those five things done and then you can drink that 3rd glass of spiked egg nog at the company party without any guilt.  And you’ll start 2013 with a storm of focus and energy.