We’re changing our name – why isn’t everyone cheering? 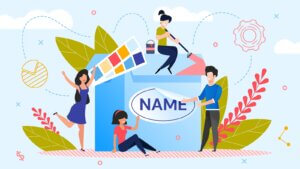 There are many reasons why an organization would change itself over the course of its history.

There might be a merger (think FedEx Office, formerly known as Kinkos), or the name may be outdated or even offensive (think Aunt Jemima). In most cases, the organization has evolved enough that their original name just doesn’t quite fit anymore.

This is a huge deal for the organization. It can take a year or two to identify the right name and execute the legal due diligence to protect the name. From there, the company needs to communicate with all of the internal stakeholders and help them not only to understand the need for the change but to be excited by it. Depending on the organization’s structure, internal stakeholders will be the entire employee base, the board of directors, the customers, and, if you’re a nonprofit, the donors and volunteers.

After all of that work is done, the organization needs to decide how to unveil the new name to the general public.

And this is where it can go awry very quickly.

Unfortunately, most organizations invest 90% of their time and attention on the public unveiling when really it shouldn’t be more than 10-15% of the total effort.

Why? Because the truth is, the general public is not the critical audience for this news. They don’t have a vested interest. They’ve probably never engaged with the company, and the name change isn’t something they care about, other than as a point of temporary interest.

To an outsider, this is like a young man who is heading off to college declaring that he doesn’t want to be called Bobby anymore. He wants to go by Robert because it feels more grown-up.

Bobby’s family and friends will do their best to change how they address him, but underneath it all, he’s still the same person and the name change is just another reminder that he’s becoming an adult. It’s a surface change to them.

It’s not that the company’s name change isn’t important. It’s just not that important to them.

Who it really matters to are the people who know and love the organization.

The cost of getting that time and attention equation backward is pretty significant. When you have a group of people who are very invested in the organization, who have strong feelings for the brand, and who care very much about how the brand serves its customers, you don’t want to under-communicate with them.

The timing on this is critical. You can’t tell your internal audiences about the rebrand on Monday and announce it to the world on Tuesday. In most cases, you need to give them a week or so to process.

But if this is a top-secret rebrand with market implications, you need to change your strategy. Have those internal conversations, tell them that a name change is coming and the reasons behind it. But don’t tell them the name. You have to assume that the day your internal audiences hear the name, it is now public knowledge.

Next week, we’ll cover how to structure those internal conversations and how to articulate the reasons for the change in a way that will have everyone on the same page.