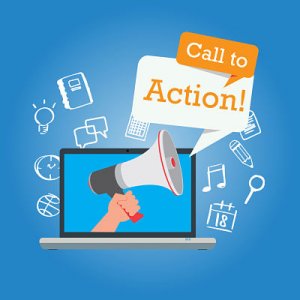 A while back, we reviewed some of the general best practices if you’re going to run Facebook ads. I want to drill down a little deeper into one of the most critical tools you have to increase conversions – the call to action (CTA) trigger.

Don’t forget about calls to action that don’t require an actual call to action button. Your ad copy might invite the audience to click on the ad itself to take an action (give us your feedback, sign up for free product, vote for a favorite, etc.) or to answer a question that you pose either in your graphic or text.

Another element of a successful Facebook ad campaign is social proof. Social proof is public social engagement that other users can see. This includes likes or other reactions, comments, and shares of your ad. When someone sees your ad, they’ll also see who among their Facebook connections already interacted with the ad. These small interactions can matter just as much, if not more, than the ad copy when it comes to gaining more conversions.

Once the campaign is launched, the best way you can improve the performance of the campaign is to keep an eye on the metrics. One of the most under-utilized is the relevance score.