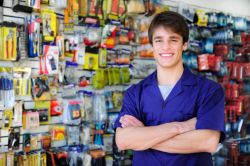 Is he your new spokesperson?

Take a few minutes and walk through your place of business today. Really look at the people who work for you. Your goal — identify the employees who are just there to get the paycheck.

Congratulations — you just met your organization’s new spokesperson.  There is no “off the record” anymore.  Because we’re always on the record.  Just ask former Congressman Christopher Lee.

The idea that a disgruntled or disengaged employee could say something unfortunate is not new.  But in the good old days, they might tell a few friends over a beer or vent to their family, but it was pretty contained and isolated.  And as soon as the words left their lips…they evaporated in thin air.  No record, no residual.

Not today.  Any employee can shoot off their mouth on Facebook, Twitter or another social media outlet and literally infect thousands of people with their opinion in a matter of seconds.  And thanks to Google, screen shots, archives and savvy web users — those words never disappear.  They are etched in digital stone.

Whether you like it or not, this digital age means that every single employee you have represents you 24/7.  On your time, on their time.  On your communications tools and on their own.

Before you start breathing into a paper bag — recognize that this isn’t an inherently bad thing.  It can be a wonderful thing, if handled right. But it does require that you understand the risks, the potential rewards and how you can set your employees up to be fantastic representatives of your brand.

I will dig into that on Monday, so stay tuned.