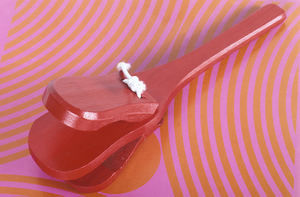 It started with a simple question.  Do you viral video?

Let’s continue our discussion on the phenomenon of viral video and its many purposes.

We’ve culled through the stats that show the rapid rise of viral video viewing, we’ve talked about how some companies are using the medium to just get in front of as many people as possible and we’ve also looked at the educational aspects of the medium.

What other objectives can viral video answer for marketers?  One of the most challenging aspects of marketing is the sheer volume of noise out there.  You have to be able to shout pretty loud sometimes to even be heard, let alone hold someone’s attention.

One of the most cut-throat and competitive market places out there has to be book publishing/selling.  Unless you’re a marquee name, you’re pretty much on your own.  Publishing houses will provide a little support but speaking from personal experience — most of it is on you.

Imagine it. You’re an author.  Say you’ve written one book before.  You’re hardly a household name.  You’re ready to launch your second book.  You going to plan (and pay for) a book tour?  I know…how about creating a website?

That’s where Jay Nussbaum (teacher, lawyer and novelist) found himself, as he was about to release A Monk Jumped Over A Wall.  He was going to do the book signings, press releases, websites etc.  But he wanted to do something more.  And boy did he.

Nussbaum decided to create a video that he thought would create some buzz far beyond traditional book marketing.

"I began work on my novel in 1987 and, with 20 years invested in this book, I decided early on that, if I wanted the book to succeed, I would have to think out of the box.  After all, my first novel, Blue Road to Atlantis, had received great reviews, but it didn’t get enough reviews to get noticed.  I didn’t want that to happen again.

And so I did something that, to my knowledge, no novelist had ever done before:  I dramatized an entire scene from the novel and posted it on YouTube (as well as various other media sites such as break.com, dailymotion.com, etc.) as a short film.  Other writers have done very simple, 2-minute "trailers", but no one has ever done anything remotely like this.  The film, entitled, "Nymphomercial" is very funny, and is quickly becoming something of a sensation on college campuses nationwide."

Take a look and see what you think.  And despite the video’s name…it’s PG-13.  No actual body parts showing.

The question of course is….did it work?

Well, I’ll bet more of us know Jay Nussbaum’s name than most relatively new novelists.  And by watching the video we probably have a pretty good sense about if we’d like his book or not.  It’s not his goal to get all of us to love his work.  Just to let those of us who might love his books to know about them.  And to do that, you have to get noticed.

I also think it is safe to bet that Newsday probably wouldn’t have written about his book, had he not reached beyond the traditional marketing methods.

Was it a safe choice?  Hardly.  How many remarkable products/companies stay in the safe zone?

How could you use viral video to shout over the crowd and be heard in a remarkable way?

10 comments on “Viral video – are you trying to be heard over the noise?”