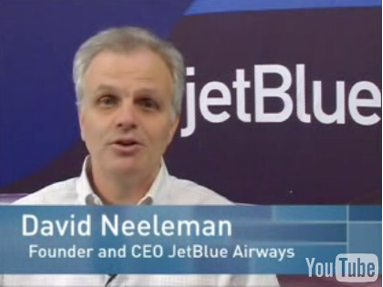 Now that 2007 has passed, we’ll see a flurry of lists, reflections and commentary.

PRWeek has done a very thought-provoking job of summing up the year in their downloadable 2007 Book of Lists.

Some of the lists are the 10 toughest communications jobs (like being the corporate communications VP at Mattel) and 10 brands that soared (Apple, Nintendo) and a list I thought we could all learn from — the top 10 events that tested PR Pros:

Jet Blue: Known to many as the Valentine’s Day Massacre, the ice storm that crippled the Northeast last February grounded planes on the runway for up to 12 hours. The PR backlash eventually led to CEO David Neeleman resigning.

Mattel toy recall: With more than 20 million toys recalled, this was probably the longest-running crisis story of the year. Regaining the trust of parents around the world will be an arduous task.

Taco Bell rats: After getting through an E.coli breakout in the Northeast, a video surfaced of rats running amok in a Manhattan Taco Bell/KFC restaurant. While it was an isolated incident, the PR hit was still nasty.

Virginia Tech shooting: Only six hours after a gunman killed 32 people at Virginia Tech, the world’s media landed at the college. Larry Hincker, AVP for university relations, was forced to create a makeshift communications team from schools within the college to manage the more than 600 reporters covering the story on site.

US Attorney firings: The alleged politically charged firings of eight US attorneys put Attorney General Alberto Gonzales and the White House on the defensive. Before the Senate Judiciary Committee though, Gonzales was unable to recall… anything – and eventually resigned from his position.

Blackwater shootings: When a Blackwater security detail gunned down 17 Iraqi civilians in Baghdad, not only was CEO Erik Prince called to testify before Congress but it called into question the practices of the private security company.

GAP child labor issue: This year it was GAP’s turn to catch heat for child labor practices. The much-maligned retailer came under fire for working with a vendor in India who used child laborers.

Don Imus: Though his ratings weren’t what they used to be, the original “shock jock” had to realize people were listening when he used a racially charged term to describe the Rutgers University women’s basketball team. Not only did advertisers pull out, but Imus was fired days later.

So….what was the takeaway for you, from these situations?  Do you see any trends?  Which of these do you think was handled the best?  The worst?

Related posts:
Don Imus: The dark side of social media?
Jet Blue goes bold
What would you advise: PR Nightmare

7 comments on “What did you learn from these PR Crises?”