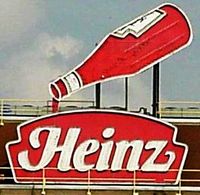 Carly Simon and Heinz ketchup made anticipation very popular in the 70’s.  Talk about stickiness of an ad.  I’ll bet that most of us who are 35+ who hear that song immediately on the oldies station think of the slow motion footage of the ketchup hitting the burger.

A post I wrote about using the power of anticipation to keep a customer’s enthusiasm up during a long sales/delivery cycle prompted a graduate student to write to me.  She’s working on her thesis surrounding the topic of the blend of anticipation and marketing and wanted to talk about some real world examples.

We talked Disney and Apple (the iPhone launch and some of their other long lead time announcements) as well as some others.

So, now I am reaching out to you, on the student’s behalf.

Besides Disney and Apple, what companies do you think use a sense of anticipation in their marketing efforts?  Can you give us some specific examples?  It doesn’t have to be consumer or traditional advertising — it could be B to B, web-based, etc.