Do we have to over think everything? 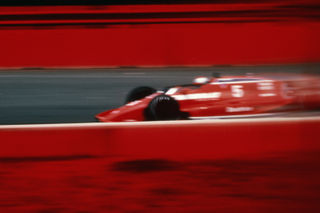 I spent several hours on a recent Saturday with a 25 year old entrepreneur. What struck me the most about him was how quickly and nimbly he moved from idea to action.

I'm not talking huge actions — but test the water actions.

I think many companies suffer from "Overthinkitis."  By the time they have vetted, committeed and white papered an idea…it's not new anymore.  In fact, someone else launched it 6 months ago.

One of the biggest benefits of the digital world is that we can leap from idea to action quickly and often — inexpensively.  We don't have to vet it in a boardroom — we can vet it in the market.

I'm challenging myself and you — let 2009 be the year that you move from thought to action faster and with more of a "lab experiment" mentality.  Don't wait until it's perfect.  Stop thinking…start doing.  And start doing — faster.

John Moore at Brand Autopsy has an annual tradition.  On New Year's eve, he posts Bruce Mau's Incomplete Manifesto for Change.  Bruce is a remarkable design consultant who first crafted his manifesto in 1998.  Bruce's manifesto captures the spirit of this idea far better than I could.

What's one idea you want to quickly take to action?  Could you do it in 10 days?  Tomorrow?

Update:  Jay Heyman's brain is on the same wave length. 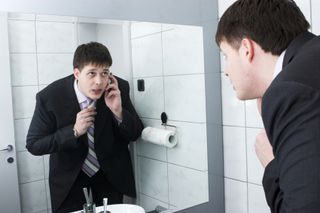 Everyone is looking for insight.  How do we generate more traffic into our store (or website)?  How can we upsell clients?  Should we raise our prices?

If you're a small business owner, you're probably facing these kinds of questions every day.  And in  most cases, you're sorting through it all on your own.  That's a problem.

So how can you balance your lack of objectivity?

The message here — don't go it alone.  I know what you're thinking.  You are the one in a million business owner who can in fact, be objective.  Don't fool yourself.  That's like asking someone who's had 10 shots if they're okay to drive.  They may think they're okay….but you'd better get a designated driver.

Be sure you've got some smart and loyal designated drivers at your side as you begin to make decisions for '09 and beyond.

Okay….I'll share if you will.  Have you ever tried any of the suggestions above?  Which worked best for you?

More
« Previous 1 … 13 14 15
We use cookies to ensure that we give you the best experience on our website. If you continue to use this site we will assume that you are happy with it.OkPrivacy policy