Viral is an elusive state

Pre-COVID, my daughter and I flew to Vegas to see a Lady Gaga concert. We were fortunate and had terrific seats. Right before the show started, security walked Bradley Cooper to the seats directly in front of us. As you probably know, he and Lady Gaga co-starred in A Star is Born and everyone was abuzz about their chemistry in the film.

Oddly, most people didn’t notice him there. As the concert started, we surmised that she might call him up on stage to sing with her so when she sat down at her piano and began to talk about a friend of hers, I was ready. From our unique vantage point, I caught the moment on video and uploaded it to my Facebook news feed before we left the venue.

Over 10,000 views, 50+ shares, and hundreds of reactions and comments later on Facebook, it certainly caught the attention of my audience. I was just sharing a cool experience that my daughter and I had with my Facebook friends, but it quickly went way beyond that. Because of our unique placement in the audience, over the course of the next couple of days, we showed up on The Today Show, Entertainment Tonight, and a bunch of other news outlets, and the video was exposed to more and more people.

On a very micro scale, it went viral. Not intentionally, but it certainly got more attention than most. For many marketers, creating a video for the business or client and having it catch fire is the holy grail. We all want to launch the next ice bucket challenge, but it’s rarely manufactured. It usually is lightning in a bottle sort of magic. Let’s use my Lady Gaga video to dissect this a little bit.

Timeliness matters: If I had shared my version of what happened at the concert a few days after it happened, no one would have cared. My video was share-worthy because no one but the people at the show knew it had happened and there was no official Lady Gaga issued video of the event yet. My video was live 15 minutes after the concert ended.

If you want your video to take off and it’s tied to a moment or event – there’s no time to finesse the edit or run it by legal. You either can go live immediately, or you risk sacrificing your edge.

It’s tied to a more significant reason or cultural hot button: A Star is Born was a huge movie, the Oscar nominations had come out four days before, and both Bradley Cooper and Lady Gaga were nominated. On top of all that, they’d never performed the song (Shallow) live before. All of those factors contributed to the interest level.

The Ice Bucket Challenge was tied to a charity and a crazy stunt which also added an element of participation, which the Lady Gaga video did not.

It captures something unexpected: No one who bought a ticket to that concert thought Bradley Cooper might show up. It was a fluke event, and that was part of the appeal. Think of the videos of the kid on gas after being at the dentist or the cat frightened by a cucumber. One of the reasons we share them is because they surprise and delight us. That’s pretty tough to manufacture.

Video is a very effective marketing channel, but the odds of us creating something that goes viral are pretty slim. If you happen to be in the right place at the right time – take full advantage and leverage it for all you can. But we need to stop trying to create something that is, almost by design, a freak event.

Webinars – the teacher is in the house 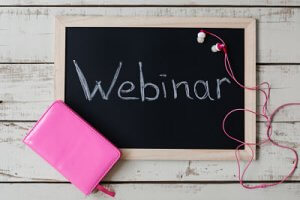 I’m hoping that you’re finding this series focused on the channels too critical for you to ignore in 2019 has been helpful so far. The channel we are going to focus on today is the redheaded stepchild of the list. I think it is often overlooked or dismissed because it seems a little daunting and because we’ve seen it executed badly when we’ve been on the audience side. I’m talking about webinars.

Webcasts and webinars can help you create compelling content that drives leads and sales. A webcast is usually more of a one-way flow of information. It’s broadcast online to a large audience and the audience does not usually contribute much to the content of the webcast.

A webinar, on the other hand, is more interactive and can be thought of like an online meeting or class. The content is typically very educational. Your audience is probably a little smaller, but it’s more of a two-way conversation.

For most businesses, a webinar is a more commonly used tactic, so I’m going to drill deeper on that option.

I think many businesses dismiss webinars as a viable tactic because they believe:

Let’s tackle those concerns and weave in some best practices.

The technology is the easiest. There are many very affordable (less than $100/month) SaaS tools out there that make it incredibly easy to set up the webinar, take registrations, set up an automated reminder schedule for people who have signed up and record the webinar for sharing with those who can’t attend.

One of the realities you need to plan for is that many people sign up for the webinar, never intending to attend the event live. They are signing up so they can watch the replay when it works better for their schedule. If for some reason, it matters to you that you garner a larger live audience, you can communicate that there will not be a replay available. But that’s not usually how it’s done. Normally you can expect about 50% of the registrants to show up live, and the other half just want to watch the video of your event.

The other three concerns are woven together for me. If you start with the belief that it’s your job to make your audience smarter and better at their job/life (depending on what you sell) without trying to sell anything, you’ll be amazed at how valuable your webinar can be. You don’t need to be a polished speaker (you should practice of course) if you’re genuinely teaching them something useful.

You need to make sure that you:

Build in interaction throughout the presentation. Don’t wait until the end to take questions. Use polls, the Q&A box and giving them some choices (would you rather have me explore X or Y) so they stay engaged even though their email, co-workers, and Facebook are fighting for their attention.

Use more slides, not less: Believe it or not, unlike a live presentation where they have you to look at, they need visual stimulation to stay interested. So changing out your slides more often will keep them connected to your message. One concept or point per slide should be your rule of thumb.

Present boldly: Much like they tell an actor to speak so the back of the house can hear them, you have to do the same metaphorically. You need to have more energy, more intonation and more personality than you might in a face-to-face meeting. Never forget that this is part teaching and part performance.

Channels to consider for 2019- Video 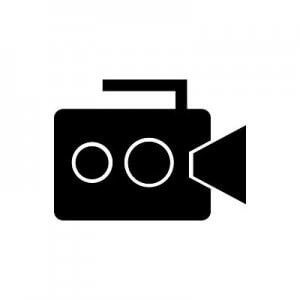 We’ve been talking about some of the channels  – email, reviews, video, etc. – that I think every organization needs to consider as they build out their 2019 marketing plan based on data that suggests they’re too big to ignore.

Back when I started my marketing career 30+ years ago, video was a very different beast than it is today. Back then, when we produced a video for a client, it was an incredibly expensive endeavor and took weeks, if not months, to plan, execute and complete. A $50,000 video shoot was considered low end so unless the client was huge, it was a once every few years sort of luxury.

The other big difference with video back then was distribution. There was no YouTube or Internet to use as a way of getting your video in front of your audience. You had to assemble them at a meeting, trade show or some other event and actually run the video while they were in the room. To even type those words sounds so absurd today.

In contrast, this year the average US adult will spend over 100 minutes a day watching digital video (eMarketer). Video has gone from a “few can afford it” marketing tool to one of the most common and one of the most effective.

Brands are producing videos on the fly and publishing them within an hour (if not faster) of being shot. Tools like Facebook Live are bringing us the ability to publish on the fly, and the biggest shift of all – our consumers’ perceptions of these raw, less produced videos has completely changed. Consumers appreciate the authenticity and real-time aspect of the shoot and show style we’re seeing more of today. They aren’t judging the value of the content based on the production value.

Don’t get me wrong; there is still a place and a need for a well shot and artfully edited/produced video. Everything shouldn’t be a run and gun effort. But there’s plenty of room for both.

Interestingly, even though the production requirements for a successful video have changed dramatically, the best ways to use video are still pretty much the same.

Tell a story: Everyone talks about the importance of being able to tell a story in your marketing. That point of view is nothing new, but it’s as relevant today as it was 50 years ago when Leo Burnett introduced us to the lonely Maytag repairman.

Demonstrate something: There’s no better way to teach than to let the audience see if for themselves. Demo videos make the unbelievable very real and the hard to understand, very tangible.

Testimonial: This can be a blend of telling a story, touching an emotion and even demonstrating something. We all know the power of hearing an endorsement from an actual customer. It’s why ratings and reviews are so coveted today. But actually seeing the person as they tell their story of your brand and how it helped them is so much more compelling than just the written word alone.

Teach: This is an aspect of video that has exploded thanks to YouTube. If you want to know how to do something today – from swapping out a toilet to repairing your car’s engine, odds are you head to YouTube to watch a video or two before you touch a tool.

Touch an emotion: This is a tricky one. It can be the most powerful use of video, but if it feels manipulative or staged, you can lose a lot of credibility. But when done well, whether you make us laugh or make us cry – this is marketing gold.

This is probably a channel you can’t ignore. Don’t let your pre-conceived ideas about budget or timeline get in your way of leveraging this very powerful medium.