Apple is the most valuable brand 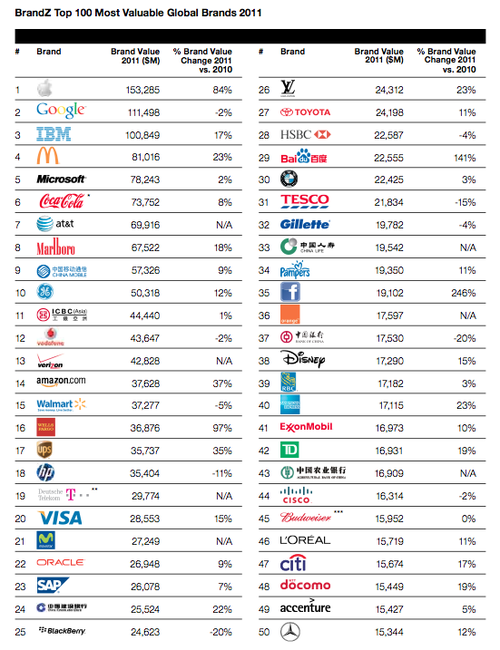 In 2010, global technology brand Apple surpassed Google to become the most valuable brand in the world, according to “Brandz Top 100″ from Millward Brown and Optimor. Apple increased in value by 84% to $153.3 billion.

Interestingly, technology companies took four of the top five places, including the first three, on this year’s list. They include 2009’s top brand Google coming in second with a value of about $111.5 billion (down 2%), IBM falling from second to third even as its value rose 17% to $110.8 billion, McDonald’s jumping from number six to number four as its value grew 23% to $81 billion, and Microsoft slipping from number four to number five, with 2% growth to $78.2 billion.