How non-profits can get media coverage for their events 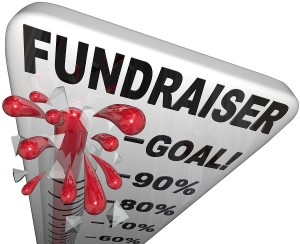 I was recently asked how a non profit can get one of one of their local TV stations to run PSAs to promote a fundraising event.

Here’s what I replied:

Most TV stations (and many radio stations as well) DO NOT donate a ton of time to run local PSAs because:

So…first things first — local charities need to abandon the PSA idea. The likelihood that they would be successful is not very good and they’d have to put some serious money into the production of a spot to get the media’s attention and even at that — there’s no guarantee.

There are several ways to increase the likelihood that the media will provide some exposure for a non-profit event. But NONE of these come with a guarantee. And all of these might get you news exposure. Most likely, none of them will get you ad time.

And there are three ways to pretty much guarantee coverage/spots run:

I know it’s discouraging but keep in mind that the media does not exist to give away what they sell.

They’re all incredibly generous to the community — but most communities  simply have too many good causes and too many good charities. They simply can’t support them all.

(I know many of my readers serve on local boards and volunteer a lot of their time…so I hope this is helpful!)