Actually, it’s isn’t all about you 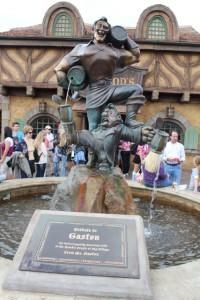 At a recent jaunt to Disney World*, I found a great marketing reminder for us all.   Right in front of the brand new Gaston’s Tavern in Fantasyland, there’s a huge statue of…no shocker, Gaston. (For those of you unfamiliar with Beauty and the Beast — shame on you!).

In front of the statue is this plaque that reads:

An extravagantly generous gift to the humble people of my village.

We laugh at the behavior when Gaston does it in the movie.  We shake our head when we talk about how “other” companies market this way -but when was the last time you did an honest gut check of your own marketing materials?

So a little message from Gaston and me — get over yourself and start focusing on sharing what you know/do in a way that actually helps and serves your clientele.

How badly do you want it? 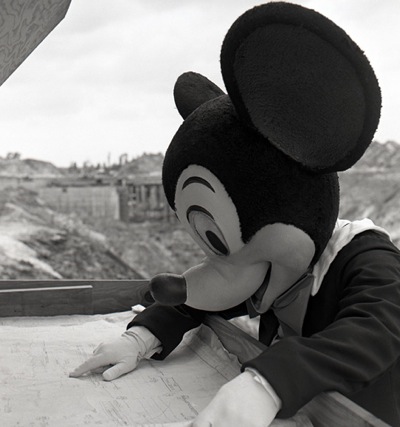 There’s a remarkable difference between wishing for something and the relentless pursuit of a dream.

On this, the 65th anniversary of when they broke ground on Walt Disney World… I ask you this:

What do you want so badly that you’d ignore all the nay sayers, tune out all of negativity, keep getting up every time you get knocked down and when you close your eyes… you don’t see what might be, you see what WILL be?

And… when are you going to start making it a reality?  Walt Disney faced bankruptcy, professional ruin, and more “no’s” than you or I could ever imagine hearing.  But the vision was so strong, so real and so non-negotiable – he simply kept at it.

There’s a famous story that I love.  On the opening day of Walt Disney World, Walt’s brother Roy was being interviewed.  The reporter commented that it was a shame that Walt did not live to see it.  Roy quietly replied, “if Walt hadn’t seen it first, we wouldn’t be seeing it today.”

When you let yourself close your eyes and see the most audacious, crazy but spectacular thing in the world… what do you see and what are you doing to create it?